Big Country – with support from the Inklings

Big Country are a Scottish rock band formed in Dunfermline, Fife in 1981. They were most popular in the early to mid-1980s, but they still release material for a cult following. The band were notable for music infused with Scottish folk and martial music styles, as well as for playing and engineering their guitar driven sound to evoke the inspirational spirit of bagpipes, fiddles and other traditional folk instruments.
In April 2013, Big Country released The Journey and toured across the globe in support of this highly acclaimed album throughout the year.

Coming into 2014, new challenges arose for Big Country. With Mike Peters dedicating his efforts full-time towards the support of the 30th Anniversary of The Alarm’s Declaration, Big Country have been joined by Simon Hough to perform vocal duties. He has fit in perfectly as the band continues its touring throughout the year that Big Country celebrated the 30th Anniversary of the release of the album, ‘Steeltown’. 2015 sees a massive Best Of (and more) tour of the UK and Europe, during which, Scott Whitley joined the band on bass, following Derek’s departure after 3 years. With 2016 comes the 30th Anniversary of ‘The Seer’ with the album being performed in its entirety on tour.

As Big Country ventures into the 2020s, they continue to entertain fans around the world the way only Big Country music can. 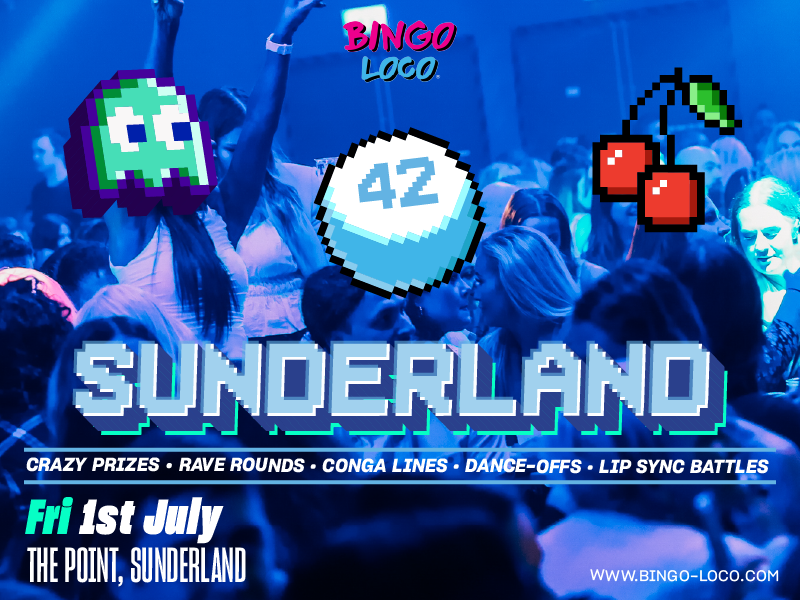 Get ready to dance your shoes off to some of the biggest 90/00's BANGERS , win INTERNATIONAL HOLIDAYS , vibe with some INSANE DJ'S foul mouthed MC's all while enjoying MENTAL BINGO MADNESS!

With sold out shows from NEW YORK to DUBAI to AUSTRALIA, we are back in SUNDERLAND to bring you an incredible night of fun and hysteria, with a few drinks thrown in for good measure!

Ibiza Legends don’t come much bigger than Judge Jules, Danny Rampling and house music super producers K-Klass. Not only did these DJs shape the UK House Music scene in the very beginning they also contributed to some of the biggest club nights on the White Isle and have played to audiences throughout the world consistently for over 30 years.

For one night only these DJs are coming to The Point in Sunderland to recreate the unique Ibiza experience they helped create. This is one night not to miss for old or new clubbers alike. Literally covering the entire spectrum of electronic music, dust off your best clubbing shoes and get ready to party. 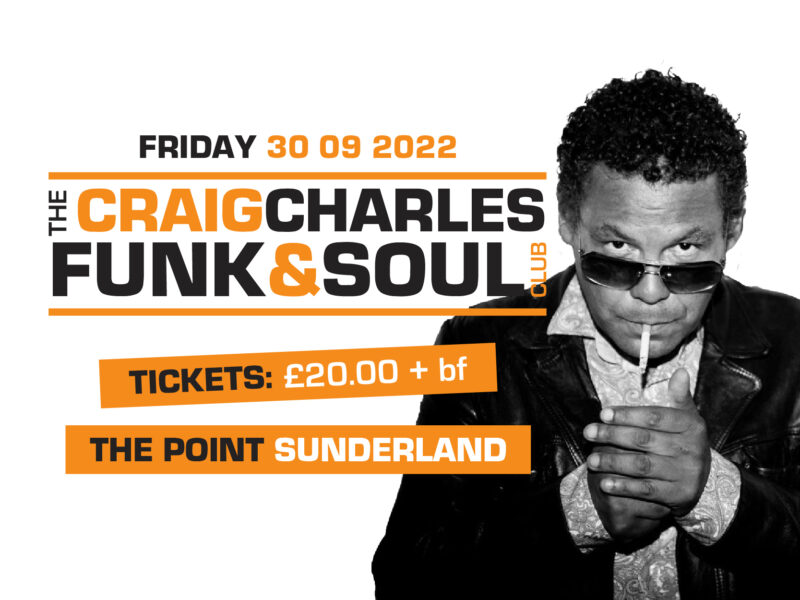 Funkateers assemble! The legendary Craig Charles is bringing his trunk of funk to Sunderland!

Going live with his ultimate party playlist and spinning his way through seven decades of the finest funk and soul tunes Craig Charles invites you to one of the biggest and best funk & soul nights in the North East!

From Robot Wars to Red Dwarf, Craig Charles is one of UK’s most beloved Funk and Soul DJs and an icon, broadcasting for 10 years on BBC Radio 6 Music with their prime-time Saturday night slot, do not miss this very special Sunderland show.

This event is standing only!!!!